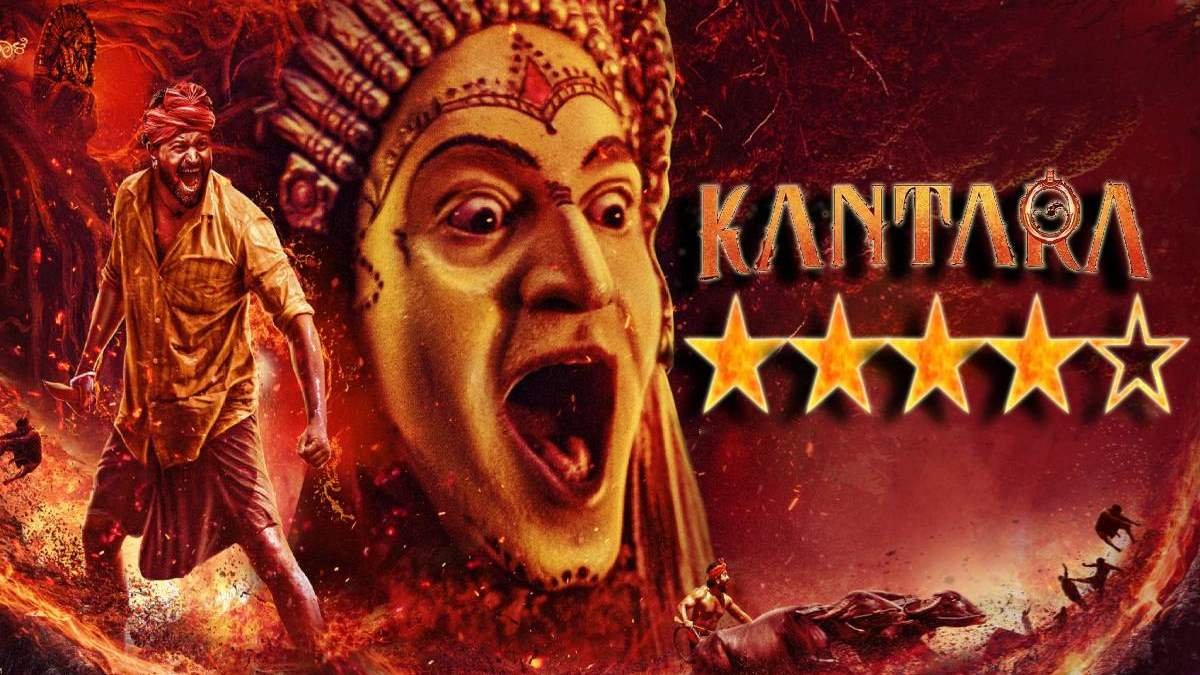 Kantara movie review: Rishab Shetty brings an original tale rooted in Indian culture and mythology that surely ranks among the best efforts by an Indian filmmaker in recent times.

By the time of the writing of this review, Kantara has earned endorsements from people far more accomplished in the world of cinema, with many more National Awards than this writer can ever hope to win. So I’ll admit I went into the theatre with a preconceived notion about the film, hoping for something good. But Kantara still blew me away. The beautiful amalgamation of action, thrill, faith, and mythology in this powerful film ranks among the best efforts by any Indian filmmaker in recent times.

A lot has been said about how Indian cinema is losing touch with its roots and not finding original stories from the heartland. This land, being so diverse and vast, is a treasure trove of stories. Kantara shows just what is possible when a good storyteller decides to tell an original tale rooted in the land and its culture, while bringing with himself the expertise and technical finesse of good filmmaking. At the heart of it, Kantara is the age-old story of man vs nature, of villagers vs zamindars, and the thirst for land and money. But it is so much more as it weaves elements from coastal Karnataka’s culture and mythology in the story so seamlessly and fluidly.

The story is set around a village in south Karnataka where a king had given that land to the villagers 150 years ago. In 1990, when the story is set, an upright forest officer (played by a brilliant Kishore) is trying to curb tree felling and hunting in that land, which is now a reserve forest. To complicate matters, the villagers believe that the land was given to them as a boon from their Daiva–the demigod protector of the forest, and are hence in no mood to listen to this outsider. Leading the charge against this is the village strongman Shiva (Rishab Shetty), and he is supported by the king’s descendant, the village’s sahib (Achyuth Kumar).

It is hard to pinpoint the one thing that makes Kantara tick. Let’s start with the script. It takes a story seen very often in our daily lives and introduces some unique local flavour, rooting it to Indian culture, making it stand out from among other such tales. Then comes the real cherry on top of this beautiful cake- the breathtakingly beautiful cinematography of Arvind Kashyap. The way Arvind’s lens has brought alive the folklore of Kantara is a lesson for storytellers. Some of the scenes of the buffalo racing in the beginning of the film deserve special praise, as do all the scenes from the festivities and visuals of the Daiva.

The background score and music from Ajaneesh Loknath complements the camera work totally. The choice to use western instruments in some scenes depicting Indian festivities was a bold one and it pays off quite well. The score brings out the myths, culture, and feel of the land where Kantara is set, taking you into the heart of the story so easily that you forget you are sitting in a movie theatre in another part of the country.

Rishab Shetty as Shiva delivers a powerful performance as this unstoppable force, who will go to any lengths to protect his village and his people. His beautifully-choreographed and slick action sequences would be at home even in the best of Hollywood films. Kishore is on the other spectrum as the calm, simmering forest officer Muralidhar, at loggerheads with Shiva. The actor brings so much intensity into his scenes that it’s a treat to watch.

This review would be incomplete without the mention of how colourfully and glamorously the film portrays the local festivities and rituals. The colours are vivid, the sounds melodic, and the portrayal powerful. All the scenes involving the Daiva are compelling, and some even hair-raising. That guttural scream from the Daiva gives you goosebumps on more than one occasion. Without spoiling anything, I can just say that the climax, while being a completely masala Indian film offering, elevates the film to another level.

Like Sohum Shah’s Tumbbad some four years ago, Kantara is proof that the earthy, rooted folk tales from India have the power to be turned into compelling cinema. Kantara, in fact, takes Tumbbad’s legacy even forward. Despite being appreciated by everyone who watched it. Tumbbad made only ₹13 crore at the box office. Kantara, meanwhile, is hurtling towards the 100-crore mark. It is an important film because it’s success will determine if other filmmakers across India will dare to tell original stories.