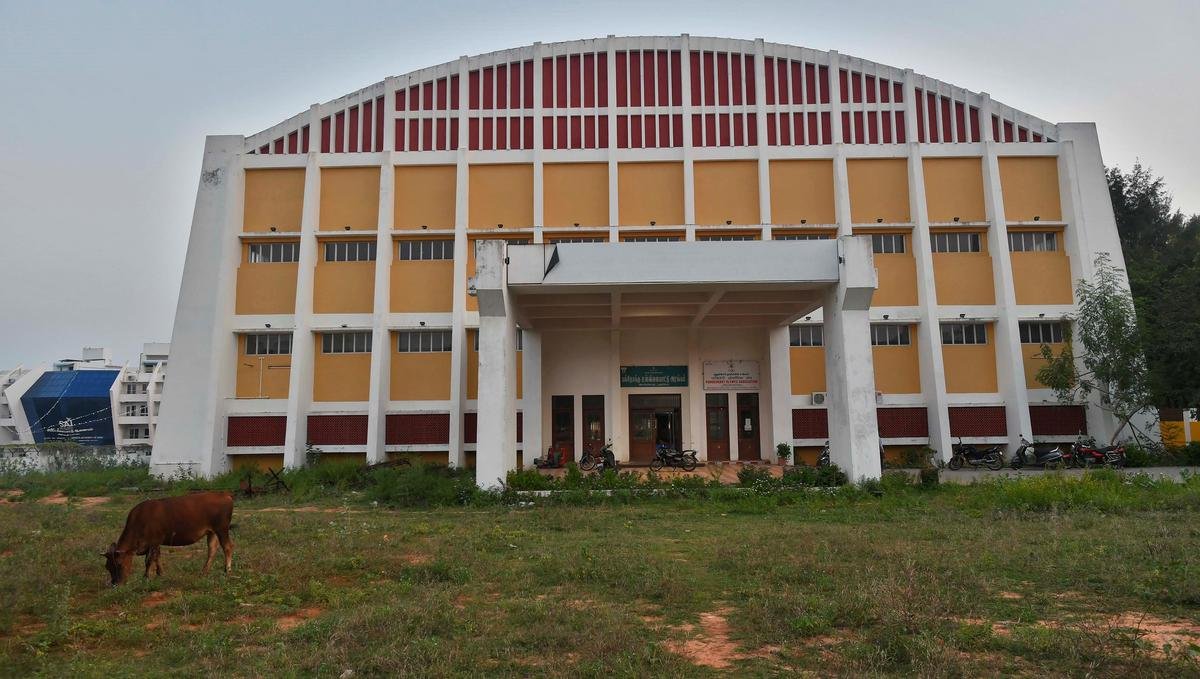 After almost four years since its inauguration, the indoor hall remains out of bounds for sports enthusiasts largely due to official apathy in providing sporting events-specific additional infrastructure specific to sporting events

A multi-purpose hall constructed near the helipad at Lawspet remains unutilised for almost four years since its inauguration in Puducherry.

After almost four years since its inauguration, the indoor hall remains out of bounds for sports enthusiasts largely due to official apathy in providing additional infrastructure specific to sporting events

Established in the midst of a dozen educational institutions near the helipad at Lawspet, a multi-purpose indoor hall constructed with the objective of training talented youngsters from schools and colleges in indoor sports remains largely unused for the last three years.

The huge complex — with a visitors gallery to accommodate around 750 persons, facility to host indoor games, such as volleyball, basketball, shuttle badminton, handball, karate and kabaddi — was constructed under the Centre’s Urban Sports Infrastructure Scheme in 2018. The complex was constructed using Central assistance of ₹6 crore and ₹1 crore from the Puducherry government.

The facility was thrown open to the public with much fanfare at a function attended by former Vice President M. Venkaiah Naidu. After almost four years since its inauguration, the indoor hall remains out of bounds for sports enthusiasts largely due to official apathy in providing additional infrastructure specific to sporting events.

“It is a colossal waste of public money. The huge facility remained closed till two months ago. For the last few weeks, around a dozen students are practising for Kho-Kho and weightlifting. Otherwise, no training is held. The facility remains largely unutilised,” said a government-approved trainer.

For sometime after the inauguration, school students were given training in basketball but after the faculty left the job, the programme was wound up. Lack of activity and absence of maintenance have led to growth of thick vegetation on the premises. The surroundings of the hall look very untidy, he said.

G. Kathiresan, secretary, Rajiv Gandhi Friends Sports Club, said there was much enthusiasm among sports lovers in the Union Territory when the indoor hall was constructed. But as days passed, the enthusiasm turned into disappointment as the facility remained locked, he said.

“The complex would have been of much use to students from economically poor background to get trained in indoor sports. The facility is of no use in this state. Lack of planning has resulted in this situation, ‘‘ he added.

A senior official said the government was working on ways to revive the facility and provide training in indoor sports. Besides creating certain additional facilities, including wooden flooring, appointment of coaches has to be done. The Education Department was looking into those issues, he said.

The government was also devising ways to engage private players in managing the facility on a day-to-day basis, he added.