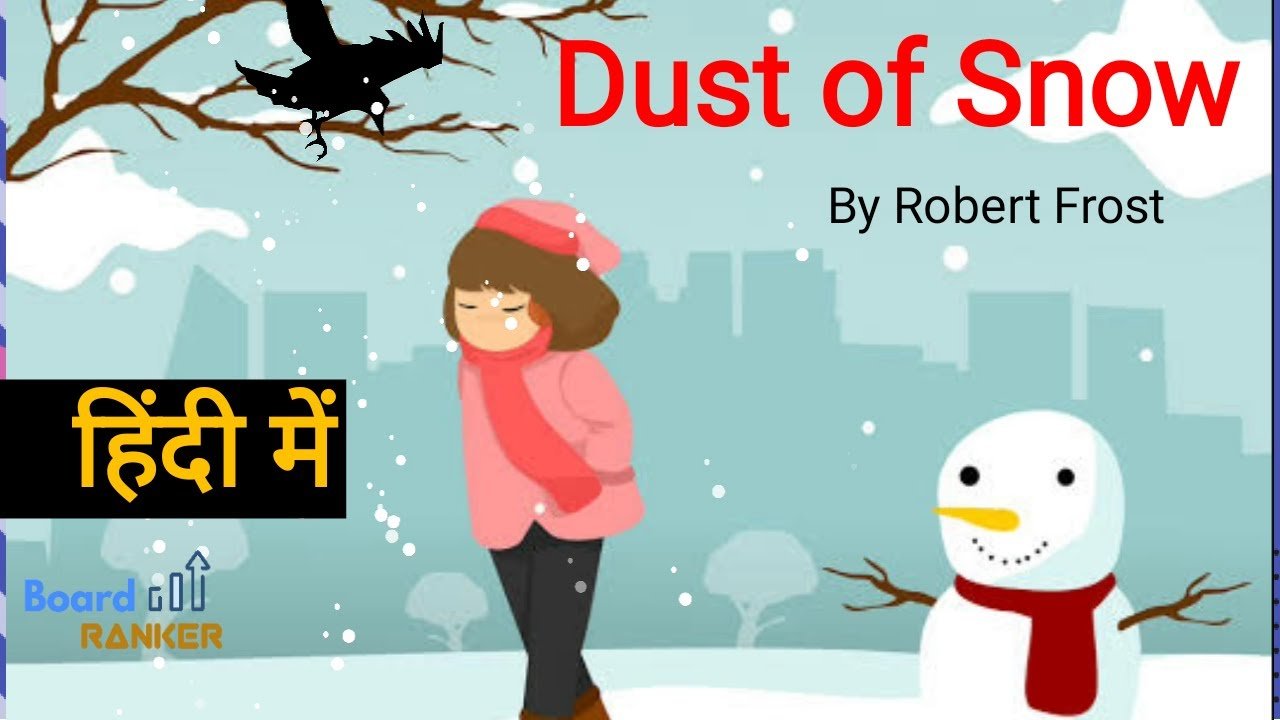 What is a “dust
of snow”? What does the poet say has changed his mood? How has
the poet’s mood changed?

A
“dust of snow” could mean a freckle of snow or it could
also refer to the little white flowers that
can be found on hemlock tree. This “dust of snow” changed
the poet’s mood. The poet’s mood changed from that of
dismay to joy. He was holding the day in regret when this dust of
snow fell on him and this simple little thing brought him some joy.

How does Frost present
nature in this poem? The following questions may help you to think of
an answer.

(i) What are the birds
that are usually named in poems? Do you think a crow is often
mentioned in poems? What images come to your mind when you think of a
crow?

(ii) Again, what is “a
hemlock tree”? Why doesn’t the poet write about a more
‘beautiful’ tree such as a maple, or an oak, or a pine?

(iii) What do the
‘crow’ and ‘hemlock’ represent − joy or
sorrow? What does the dust of snow that the crow shakes off a hemlock
tree stand for?

Frost
has presented nature in quite an unconventional manner.
While in other nature poems we come across birds such as nightingales
or sparrows, Frost has used a crow in this poem. A crow can be
associated with something dark, black, and foreboding. That is why
other poets usually mention singing nightingales or beautiful white
doves in their poems.

Also,
the poet has written about a hemlock tree,
which is a poisonous tree. He has not written about a more beautiful
tree such as a maple, or oak, or pine because these trees symbolise
beauty and happiness. Frost wanted to symbolise the feelings of
sadness and regret, which is why he has used a hemlock tree.

The
crow and the hemlock tree represent sorrow.
The dust of snow that is shaken off the hemlock tree by the crow
stands for joy that Frost experiences. He has, therefore, used an
unconventional tree and bird in order to contrast them with joy in
the form of snow.