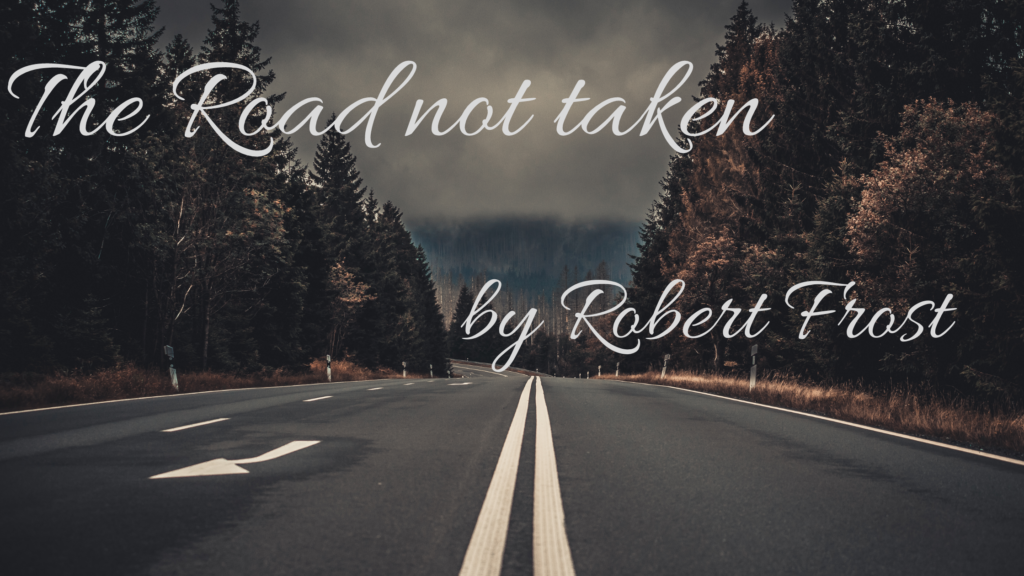 The Road not taken NCERT Text Book Questions and Answers

I.
Question 1.
Where does the traveller find himself? What problem does he face?
Answer:
The traveller finds himself in the yellow woods at a point where the road forks into two. He faces the problem of choice. He cannot decide which road to take to continue his journey since it is not possible for him to travel both roads at the same time.

Question 2.
Discuss what these phrases mean to you.
(i) a yellow wood
(ii) it was grassy and wanted wear
(iii) the passing there
(iv) leaves no step had trodden black
(v) how way leads on to way
Answer:
(i) Yellow wood symbolises the autumn season. Symbolically it corresponds with old age.
(ii) It conveys that the road was full of grass and nobody had used that road. It was a smooth road which had not worn out. It was an unexplored opportunity.
(iii) The use of the path by a passer-by.
(iv) It represents a path which was never/seldom taken in life for the fear of uncertainty.
(v) This phrase means how certain decisions one makes in life could pave the way for many other decisions.

Question 3.
Is there any difference between the two roads as the poet describes them
(i) in stanzas two and three?
(ii) in the last two lines of the poem?
Answer:
(i) In stanza two the poet explains that the only difference between the two roads was that the road he took is a better claim because it was covered with grass and was never travelled before. Besides this difference, both roads had been equally worn down by the passersby travelling on them. In stanza three the poet says that both the roads were equally covered with leaves and that no person had stepped on them.

(ii) In the last two lines of the poem the poet says that there is a difference between the two roads because he took the road that was less taken by other people. It made all the difference to his journey.

Question 4.
What do you think the last two lines of the poem mean?
(Looking back, does the poet regret his choice or accept it?)
Answer:
In the last two lines of the poem, the poet accepts the reality. The poet made a choice and -accepted the challenging path. He took the unexplored path in his life. He wanted to do something different in his life so he chose the less travelled road. No, he does not regret his choice.

Question 2.
After you have made a choice do you always think about what might have been, or do you accept the reality?
Answer:
It’s human nature to think what might have been if we had selected some other path. But it’s also a fact that once we choose a path and cover some distance, there is no going back. One should think before making a choice. One should weigh all the pros and cons of the choice. But once we make a choice we should be determined to move on. Regretting the choice does not help. Acceptance of reality motivates. I will definitely accept the reality.