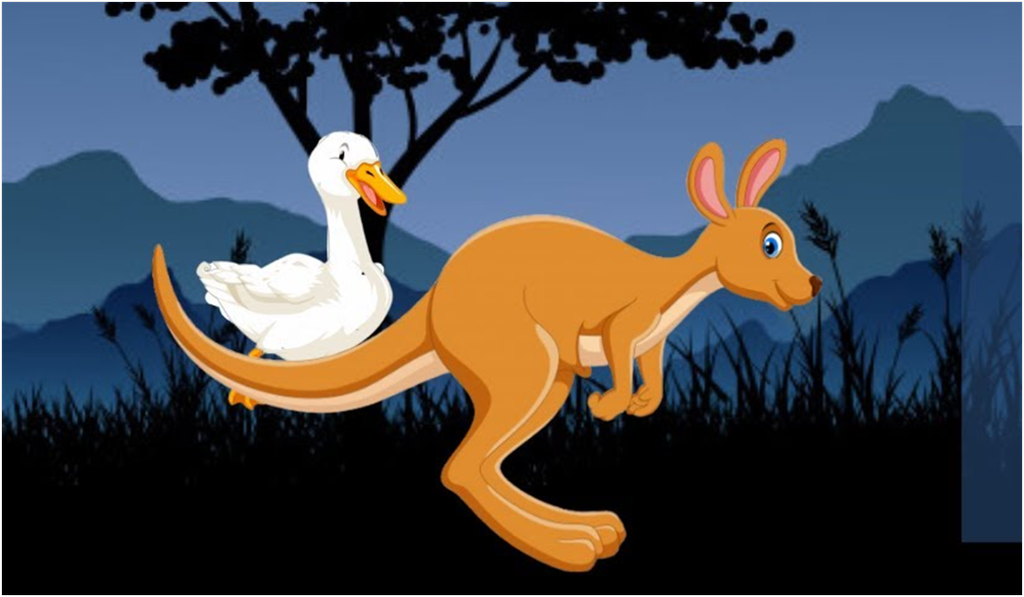 The Duck and the Kangaroo NCERT Text Book Questions and Answers

Question 3.
Describe Plan A and its consequences.
Answer.
The plan A was to climb on the tree with the help of a ladder Dad tried to do so. But the ladder slipped and Dad fell in the flower-bed.

Question 7.
Why and when did Dad say each of the following?
(i) Fall?
(ii) Never mind
(iii) Funny joke
(iv) Rubbish
Answer.
(i) Dad said, ‘Fall ?‘ when Mum said, ‘For goodness sake, don’t fall !“.
(ii) Dad said, ‘Never Mind’ when the ladder had slipped and Dad had fallen in the flower-bed.
(iii) Dad said, ‘Funny joke” when Mum warned him not to fall again.
(iv) Dad said “Rubbish” when Mum asked him to stop trying to rescue the cat. She warned that it might break his neck.

Question 8.
Do you find the poem humorous? Read aloud lines which make you laugh.
Answer.
Yes the poem is humorous. The following lines make us laugh. “So it’s smiling and smirking Smug as can be
But poor old Dad’s
Still
Up
The
Tree!”